A discovery was made at the South Pole BICEP2 research lab that, if accurate, confirms the theory of cosmic inflation. Cosmic inflation explains the big bang, as an article in Symmetry Magazine details: “Almost 14 billion years ago, the universe we inhabit burst into existence in an extraordinary event that initiated the big bang. In the first fleeting fraction of a second, the universe expanded exponentially, stretching far beyond the view of today’s best telescopes. All this, of course, has just been theory.”Cosmic inflation and the big bang are neatly explained in more detail in this PHD comic.

My favorite part of the discovery is a video released by Stanford of one of the scientists in the BICEP2 project going to visit one of the lead theorists of cosmic inflation to tell him that his 30 years of work had just been confirmed. Much more footage was taken, but they edited the video for emotional impact--and it worked (I teared up). Such a video turned out to be an easy way to make the discovery go much more viral and affect many more people than it otherwise might have. Wired details how the scientists involved manage to keep their discovery quiet until the announcement. 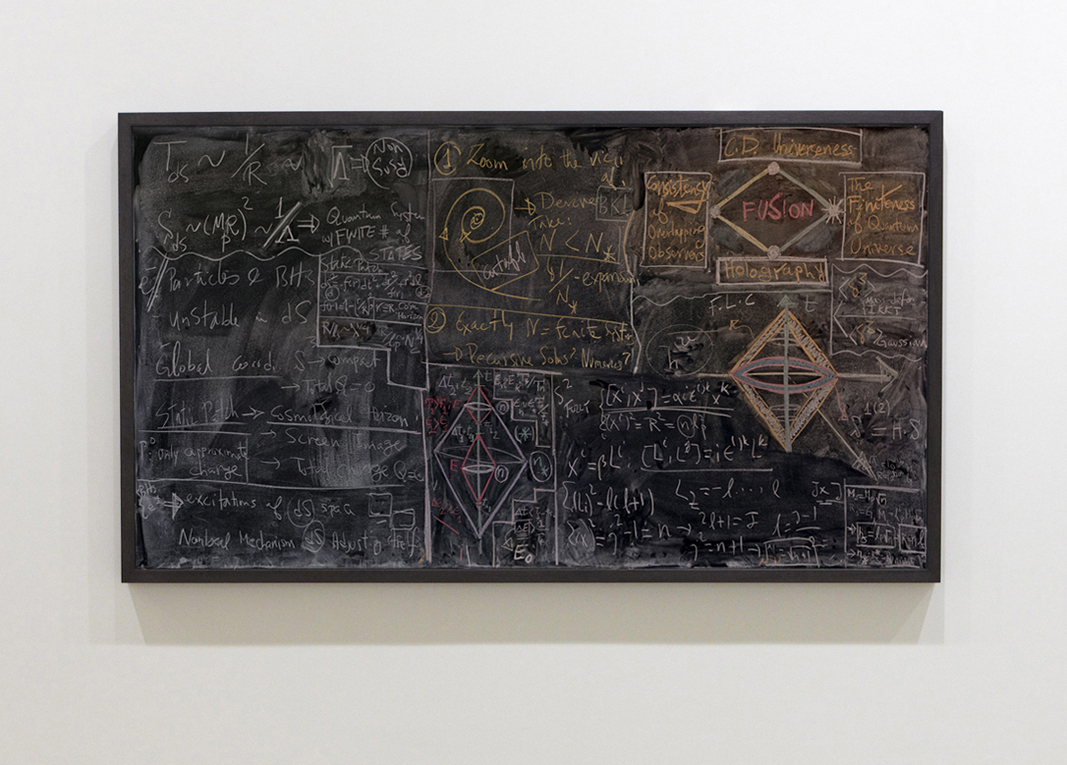 For another story from the field of physics, “organizers of a biweekly forum on Large Hadron Collider physics at Fermilab banned PowerPoint presentations in favor of old-fashioned, chalkboard-style talks.” They found that “Without slides, the participants go further off-script, with more interaction and curiosity,” and doing so also allowed more involvement of the audience. I think this is a great idea, as powerpoint and “slide decks” tend to dominate presentations across many industries (certainly including mine). While slide decks (see examples on slideshare) can be helpful to convey the information in a talk to an audience that was unable to attend, an actual recording of the talk (with the questions that the audience asked included) would always be more valuable. While that requires resources that many often don’t have, I’d think that annotated, but content-less slides (much like this presentation transcript by Frank Chimero) would be far more beneficial. Those still require a substantial time investment, but allow for context-specific content to rule: a talk with a whiteboard or slides of demonstrative images, and a webpage or paper transcript that incorporates images with the text of your speech. Rebecca Schuman goes into more detail (in Powerpoint format!) about why Powerpoints are bad for teaching and presentations.

Now that it’s Spring, that means one thing! Since it isn’t actually warm outside, you can instead take 5 minutes to clean out the apps that you’ve authorized to access your various social media accounts! I tend to be vigilant about this, and set it up as well (I no longer remember how) so that even if an app on Facebook somehow gets granted the ability to post on my behalf, those posts would be visible by only me. These app authorizations are an important capability, however, and one I appreciate. The use of social ids to log into a service cuts down on the number of passwords we have to use (and thus reducing chances for password re-use) while allowing us simple and easy access to more services. Of course, that does mean as well that if your password is compromised, access to more than one service has been interrupted. That’s one reason why you should always choose a secure password, and also why social logins tend to be used on low-stakes products like a book review service, or another social media site, and others.

The services benefit as well by improving customer engagement (more sign-ups) and by taking some of your data from the social account that you used to log in with, but lose an element of authority over your relationship with their service or product.Yahoo, for example, will no longer allow people to log in to its services with social accounts--they must create a Yahoo account to continue using them. Yahoo is framing it as something which “will allow us to offer the best personalized experience to everyone", which really means that they want the ability to store identity information and data about you to serve you personalized ads, just like Google and Facebook do.

In terms of improving privacy of people using its services, Google has just announced that all connections related to Gmail will be encrypted, or protected on the network. While it was already something that you could enable, now it will be by default, and be encryption across the entire data transmission. This means that any data sent from Gmail, whether it is an email, a photo, or the data that Google picks up from your browsing habits within your email, will be protected as it travels across the network from your computer, to the servers in Google’s datacenters, between those datacenters, and on to the computer of the person you sent the message to (assuming they also have Gmail, in this example).

Another way to increase security on the web is to treat it like a public health problem.

“People who worry about security and freedom on the internet have long struggled with the problem of communicating the urgent stakes to the wider public. We speak in jargon that’s a jumble of mixed metaphors – viruses, malware, trojans, zero days, exploits, vulnerabilities, RATs – that are the striated fossil remains of successive efforts to come to grips with the issue. When we do manage to make people alarmed about the stakes, we have very little comfort to offer them, because Internet security isn’t something individuals can solve.”

This issue is similar to the challenges of public health officials trying to convince people of the utility of vaccines. As the Guardian article continues, “when it comes to public health, individual action only gets you so far. It doesn’t matter how good your water is, if your neighbour’s water gives him cholera, there’s a good chance you’ll get cholera, too. And even if you stay healthy, you’re not going to have a very good time of it when everyone else in your country is [stricken] and has taken to their beds.” A concerted, government-sponsored effort is often the only way to improve the health of the citizens and the environment, and if improvements are undermined by the government or other powerful groups (as the Taliban in Pakistan and Afghanistan demonstrate with polio vaccination efforts, and the NSA/GCHQ demonstrate with IT security efforts), then individuals will remain at risk.

Another way of improving security would be to punish hackers differently. This article is from Australia so the laws it references are different from American laws, but the same principle applies. The United States currently focuses punishment on the tools and the methods that were used to commit a crime, with the Computer Fraud and Abuse Act (CFAA). One thing that the law criminalizes is an act which “intentionally causes damage without authorization, to a protected computer” However, as the article recommends, it would be far better to think about “how criminals use technology to increase the harm they do, just as we already do when we punish acts of violence.” Thus, you’ve committed a crime of assault if you beat someone up, but aggravated assault if you do it with a weapon. This practice “shifts the focus onto the impact a crime has on the victim and the impact of using technology rather than the way that technology works. That means the legal system does not necessarily have to understand the technical details of a technology in order to reach a decision, it just has to look at the effect it has had.” (emphasis mine). If you’d like more information about CFAA and its functions as a law, watch this presentation by Jonathan Mayer on “Terms of Abuse”. (his bio is here)

Jimmy Fallon is the new host of the Tonight Show, and he’s been doing fairly well. While I don’t watch cable and thus haven’t seen his show (and would probably be too sucked into an NCIS or House Hunters marathon to bother), but it seems to be a success so far. I’d say his success is likely due to his inclusion of music in the show. Not only does he have The Roots as his guest band, he also collaborates with his guests to do original renditions of hit songs (Idina Menzel with Let it Go) or to fulfill a dream of his and sing the Lion Sleeps Tonight with Billy Joel. (Billy Joel is also pretty great at fulfilling requests like this, like when he let a student accompany him at a Q&A session). By cutting these clips into youtube-digestible and easily shareable YouTube videos, he amplifies his success beyond cable to the Internet, letting the Tonight Show compete anew with The Daily Show with Jon Stewart and the Colbert Report.

As always, thanks for reading!